While setting up google services for a customer who owned an iphone and an ipad, I had some strange problem making google contacts synchronise with the idevices.

Since I have setup countless android devices, I assumed that setting up accounts would be similar, and would also be logical.

I thought that setting up the email account would also take care of contacts and calendar.

Here is what you see when setting up an email account on an iphone:

The obvious choice for a google account would be to pick gmail.

But the correct choice, if you also want to synchronise google contacts and google calendar, would be to pick Microsoft exchange instead!

For full instructions on how to setup your google account on an iphone or ipad, take a look at:

I had a customer that had a few different email accounts, as well as an iphone, ipad, and MS outlook running on a laptop.

She tried to merge everything together (emails, address book, and calendar) using icloud, but couldn’t get it to work, so I decided to sync using googles cloud services (which I have been using successfully for over 2 years!).

All 3 systems had their own little problems.

But in this case, I found it difficult to get the iphone and ipad to synchronise all the shared calendars… the Apple devices only showed the main calendar entries… but none of the other linked calendars.

I re-created the i-device accounts a few times, waited 24 hours, checked the settings, but the iphone and ipad just wouldn’t show the other shared calendars.

Until I discovered this little hint:

After the google account has been setup on the i-device, and has synced at least once…

From the iphone (or ipad), you use the built-in Safari browser to go to:

At that point, sign in to your gmail google account, and select the iphone / ipad to which you want to sync extra calendars, then select the calendars you want to appear on your iphone.

Now when you go into the calendar and take a look at the different calendars available, you will see all the calendars that you selected previously. Now just tick the ones you want to make visible.

I wish there was an easier way to do this…

This is a follow-on to my problems with a jailbroken iphone.

So, I now have a jailbroken iphone 3G, that has been unlocked using ultrasn0w, and my Baseband had to be upgraded to V6.15.

So, I still have no WiFi (and no GPS), but bluetooth works perfectly… and I’m not sure if the WiFi chip is faulty, or is the jailbreaking caused a problem.

Some searching on the net finds others that have a problem with the WiFi being greyed out… but mine is not like that… it seems to work and I can switch it off and on from the settings… it just doesn’t detect any networks (even if I’m an inch away from my WiFi router).

In the end, I give up and I’ll just have to wait for the iphone hacking community to find a way of downgrading the iphone baseband, so that I can try get the GPS and WiFi working again…

I recently got a cheap iphone 3g from ebay.

It was jailbroken (ie hacked), but I found the seller hadn’t unlocked it.

Rather than send it back, I decided to try unlocking it myself.

The procedure was quite simple using the “ultrasn0w” application.

All was fine until a few weeks later, when I noticed that the wifi suddenly wasn’t working anymore… the settings all worked normally, but it just didn’t detect any nearby wifi hotspots.

A while later, I was about to start investigating this, when, I plugged it into a win7 PC, and just left it to “charge”. I didn’t ask it to do anything with itunes, but somehow, when I returned a few hours later, there was no phone signal, and itunes was complaining about the phone. 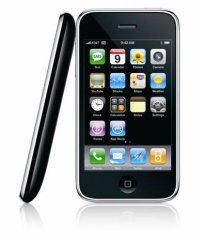 Since I had been reading about iphones and jailbreaking, I found this was a perfect chance to learn more.

I eventually found I would have to re-install the firmware on the iphone (it came with version 4.0.1, so I figured I’d try the latest IOS 4.2.1).

It was quite a learning curve just figuring out which software to use to install a “hacked” version of IOS (I eventually found myself using sn0wbreeze and redsn0w as the main tools).

After that, I eventually got the iphone booting ios 4.2.1 (as well at reverting back to 4.1 a few times), but I just couldn’t get the mobile phone component to actually work.

Since I know there really isn’t anything wrong with the “phone” part, I keep investigating, and find that it should be possible to “unlock” the phone again if I upgrade the baseband to v6.15.

Baseband? From what I can understand, the phones Baseband is like the BIOS (or operating instructions) that are independent of the phones main operating system… and version 6.15 is a copy that was used on ipads (which has a flaw that allows unlocking)…

But now I have a problem: I need to download the unlock software (Ultrasn0w) via the internet… but I have no wifi, and the 3G connection isn’t working because the phone section of the iphone isn’t working!

This lets me install Ultrasn0w directly to the phone, and then run it to unlock the phone!

Now, after having spent days working on this phone, I’m now back to where I started: how do I fix the WiFi connection?

I’ve found the “felt” font in the iphone (and ipod) notes app annoying, as I cannot change it to something more readable like arial.

After a bit of searching around, I found a few solutions.

Most revolve around adding a Chinese or Japanese keyboard, and then switching keyboards every time a new note is created.

An easier way is to delete the felt font completely.

For this, you will need to be able to delve into the iphones folder structure with something like ifile, or using ssh (ie this works best on a jailbroken iphone/ipod).

I have IOS4.01, so all I needed to do was delete (or preferably rename):

On other IOS versions, you might also need to delete:

The default Arial font was smaller than the felt font (which is what I want anyway).

If in doubt, just rename the font files back to their original name.

I was recently asked to re-install OS X on an older iMac G5.

Problem was that the owner had lost the recovery disks.

He had a mate that lent him the recovery disks to a slightly later model of iMac… but he couldn’t get it to work.

I had a quick go, but booting from the recovery disk gave the error:

OS-X cannot be installed on this computer

I decide to check the net, and I find out that you need to use the exact same version of recovery disks that you get with the computer.

It seems like recovery disks are computer type specific.

The moral of the story is: if you own a Mac computer, don’t lose the recovery disks, otherwise fixing some problems can become very difficult… or you can try installing yellow dog linux!

A customer called, saying she just changed ISP, and now she can’t connect to the internet.

I figure its possible a faulty modem…

When I get to the computer, I see monitor, keyboard, mouse, and what looks like an apple external 3.5″ USB drive… I look for the PC (she doesn’t know what the various bits do, except that you type on the keyboard, move the pointer with the mouse, and you look at the monitor thing…). 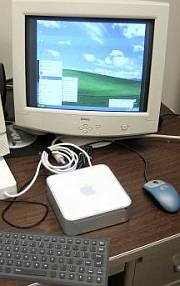 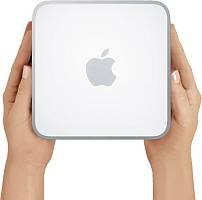 Anyway, I soon realise that the external USB drive was actually the computer (a Mac Mini).

However, when I switched it on, it gives: 4 beeps, pause, and then repeat… but no output on the monitor.

OK, I’m not sure what the problem is (it sounds serious), and then there is the question of opening the Mac… no screws in sight…

I offer to do my best, but I tell the customer that if I can’t fix it, then it might be easier to just buy a new computer.

Anyway, I take the Mac back to the office, and a quick search shows that its a 1.3 Ghz, PPC-powered Mac… and another internet search uncovers a cool video showing how to take a Mac Mini apart (Its only held together by plastic clips!).

Once open, and with some diagnostic help from the internet, I soon discover that 4 beeps means a RAM problem.

The 1GB DDR RAM is faulty, although removing it is a little tricky, as the rear RAM “clip” (you know, the ones that flip open to eject the RAM)… well it only flips part-way (because its blocked by another mac component… I wouldn’t have expected Apple to stuff up a design detail like this… oh well). But it flips open enough that I can ease out the RAM module.

When I (carefully) insert the new RAM module, and switch on the Mac, I’m greeted by a familiar Mac “humm” sound effect… ah, good.

Although the above video shows re-assembling the Mac is simple, I needed 3 attempts to get it to fit properly… the cover just wouldn’t close along the rear… and I couldn’t see anything blocking it. But it did close (eventually), but I needed to re-open the case twice before it eventually snapped into place correctly!