The owner thought that something had gone wrong with windows, since it froze after a microsoft update.

The customer was also good enough to take out the battery, and unplug the power… but after being left unpowered overnight, it still didn’t start.

So I started it, and it showed the lenovo logo, and after a few flashed of the HDD light… it froze.

The caps-lock light wouldn’t work, and pressing F1 or the “lenovo help” buttons did not do anything.

Its always worrying when a PC locks up before it gets  past the bios tests… so this didn’t look good. 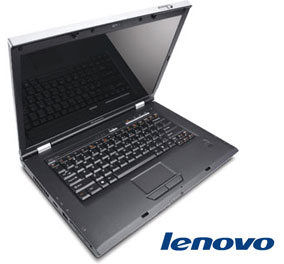 So: booting from a CD or USB drive also wouldn’t work.

All I could do, was check the hardware.

Next: check the CPU fan… see if there is an overheating issue: I cleaned the fan and cooling fins, but still no go.

Next step: the only “hatch” I hadn’t looked into was the HDD enclosure.

I didn’t expect to see much, since a failed HDD usually doesn’t show any signs of the problem.

The HDD was a Sata drive from Toshiba… nothing unusual… it was clean.

So I tried starting the PC without the HDD, and it started… and went to trying a network boot.

At this stage its looking like a corrupted drive at best… or a complete failure at worst.

I plug the drive back in, start the PC (expecting to see the usual boot failure), but to my complete surprise, the laptop started Vista… as if nothing had gone wrong…

Vista completed the Microsoft update, and then the laptop was back to normal.

All I can guess, is that dust or corrosion on the SATA contacts had caused an intermittent connection… which was fixed by removing and re-inserting the drive.