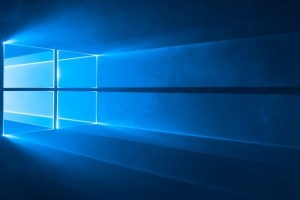 I guess I’ve been lucky, as all Windows 10 upgrades I’ve done, have been uneventful.

But today was my unlucky day.

I upgraded a Windows 7 PC to windows 10, made sure it was fully activated, then proceeded to do some tweaks & some tuning (ie ccleaner, mydefrag, etc).

At some point, I decided I should do a BIOS update, as sometimes, PCs seem to have hardware errors, but the problems disappear after a BIOS upgrade.

I didn’t notice any problems at first, but after a while, task manager refused to show me all the details I expected to see…

Then running speedfan didn’t automatically pop up a UAC prompt… I had to right-click & run as administrator… weird.

In trying to resolve that issue, I then found I couldn’t run an elevated Administrator CMD prompt, even though I was administrator.

WTF is going on?

Anyway, while looking through Control Panel, I notice Windows is no longer activated, & the displayed product key ends in 8HVX7.

So I figure: I’ll just ring Microsoft & get them to re-activate it… after all, thats what would happen with windows 7 & 8.

Since it was an upgrade from Windows 7, I decide its probably easier to talk to a real human… BIG mistake.

After explaining the situation to the “Microsoft Employee”, I’m told “Our activation servers are very busy, and it can take a few days for windows 10 to activate”

So I explain again: 10 was activated & then got de-activated… could it have been due to the BIOS upgrade?

And I’m told “No, nothing to do with a BIOS upgrade, trust us, it will be fine in a few days time”

Well, the last time Microsoft asked us to trust them… they released Windows 8.

So no, I’m not going to trust them, & I don’t believe a word this guy is saying… So I just say OK, then hang up.

I toy with the idea of calling again… maybe I’ll get someone competent this time? What are the chances of that? 😉

So a quick search online shows others with similar stories (who are fed similar BS from Microsoft).

I don’t like it, but I re-installed windows 7, & then did the whole upgrade process again (making sure Windows 7 was fully updated before doing the Windows 10 upgrade).

Luckily, I have downloaded a windows 10 install ISO & made a Windows 10 boot USB, so I don’t have to wait for a 4GB download over my slow internet connection… no thanks to our pathetic Prime Minister: Tony Abbott…

After the Windows 10 update, it activated immediately, and stayed that way.

So my advice is: If you think you might need to update your BIOS, do it before updating to windows 10.