I’ve been wanting to accept credit card payments (without the big monthly fees) for many years.

Recently I contacted paypal, and asked about their Paypal Here system (I’m in Australia).

It sounded good: approx 2.9% Paypal fee on each transaction, with no ongoing fees: just perfect for me.

After Paypal activated my “here” account, I downloaded the app to my Android phone (android 4.2), and it all looked nice, and without actually entering a transaction, seemed to be just what I wanted.

However, once I took a real payment, from a real Customer, I found 2 major problems, which make me reluctant to use Paypal Here: 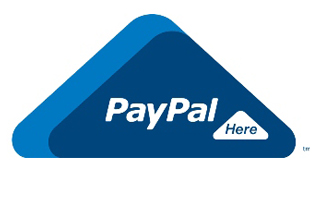 So, not only to I get these awful “features” with Paypal Here, I also have to pay an extra 0.5% for the extra inconvenience.

Sorry Paypal, as far as I’m concerned, “Here” is “Gone” (at least until you can fix your app)

I’ve started using google tasks (via google calendar, but it can also be accessed via Gmail), so that I can keep track of my ever-increasing workload.

Yet, I cannot find a way to view the tasks from my android phone…

I eventually found a way of doing it, but not via a dedicated Android App (its done via the browser instaed… but at least it works)

This way, I’ll have both my work number and my personal number active on the same phone.

But at one point, I was working at a customers premises, and I noticed the phone kept showing error notifications along the top:

I also noticed that I couldn’t make any calls, even though I would get a signal strength of 1 or 2 bars.

Eventually, when I finished and got in my car to head back to the office, I got a stronger signal, and the error messages just disappeared.

I still get the error on some occasions, but now I know that its just the phones way of saying: I can’t get a good signal.

In the process of evaluating a 10 inch tablet, I was sent a sample that was in chinese, and was running Android 4.0

Of course, I don’t know Android 4.0 inside-out, so I was left wondering how to change the language.

Well, it didn’t take me long to figure it out.

Since its a very visual task, I decided to do a video on how to change the language of Android 4.0

As promised, here is a list of great Android apps that I have on my HTC desire mobile phone (I won’t cover games, as everyone has different opinions on games):

Note: I’m not a big facebook or twitter user, so I won’t cover the built-in and downloadable apps for social networking, but I’m sure there are many to choose from.

Like most technical people, it didn’t take me long to realise that the amount of free memory on my android phone was starting to run quite low.

And as most technical users from a non-android background, I immediately thought: I need to shutdown (or even kill) some running apps, in order to stop my phone from slowing down.

It turns out that the Android OS is a lot smarter than an average OS, and it deliberately keeps RAM as full as possible.

It all revolves around giving the user the best possible “experience” while using the phone.

Ie the user needs to “feel” like all the apps are running in the background (even if they actually are not), and when a user re-enters an application it should start as quickly as possible, and if appropriate, continue running from where it was last left.

In order to do this Android uses Applications and processes in an interesting way:

So, just because a process is “running” it doesn’t mean that the associated application is actually doing anything.

Since there is a limited amount of RAM available for processes, Android needs to get rid of unneeded processes.

But that’s because I’m used to traditional operating systems, where a process needs to be asked to stop nicely, so it gets a chance to finish anything critical, before closing.

So what does Android do differently?

Now, given the way Android handles memory and processes, it should always have memory available (by just killing off the appropriate processes), so deliberately shutting down all “unneeded” processes actually isn’t needed, and can actually lead to a situation where Android will actually “seem” slower.

Besides that, some processes are not meant to be killed, so deliberately killing them will just result in them getting re-started anyway.

The only time a task killer would be useful, is if a badly-written, out-of-control application is run on Android… but then, but I’ve yet to see anything like that.

In the past 2 years, I have tried most types of smart phones.

I must say I’ve been keen to try android since I first heard about it a few years ago… and was frustrated at how long it took to be adopted by phone makers.

But now, its finally a mainstream product, and very successful as well.

Its great to see such a wide range of devices (first phones, but now tablets as well), and I cannot see any reason for android to progress onto mainstream PCs as well.

After having used an Android phone for about 2 months now, the only negative part I have encountered, is that there is no application that is capable of showing most media files… In order to view a MKS video of a downloaded documentary, I needed to use “Any Video Converter” to convert the video into an mp4 file that the phone could use.

This shows that the Android platform is still developing, and that some areas are still “unpolished”.

Compared to the propriety platforms like IOS (iphone) and Windows Mobile 7 (microsoft), it now has enough developer backing, that it will continue to gather momentum faster than the Apple and Microsoft offerings.

I recently heard that Nokia has effectively dumped Symbian for Windows Mobile 7. In my mind, Symbian was never going to be able to make the transition to smart phones, but WM7 is also unlikely to gather much support… not because it is inferior, but because past versions were very inadequate, and the latest WM7 is probably 4 years too late to change peoples mind about Microsoft smart phones (even I thought: oh no, not another weak attempt by Microsoft).

So, it looks like the great might of Nokia (and I was a big fan of Nokia phones before moving to smart phones) is now going to gradually fade, unless they can make a good decision on which smart phone OS to support (my opinion is that Android would have been the best bet, as it would have strengthened both Nokia and the Android movement).

Anyway, I’m finding Android great to use (I just wish the battery life on my phone was better), with lots of great apps, and a simple, yet powerful interface. You can just use it as it stands (eg for the technophobes), or you can customise it in so many ways.

Keep an eye out for my list of great app for android… coming soon!

Having recently gotten an Android mobile phone (and since I have a mobile phone plan with 1Gb of downloads), I decided that I might need to occasionally use the phone as a broadband modem (although a wifi “wireless” tether is nice, its also nice to charge my battery-hungry Desire while surfing the net via my laptop).

The laptop is XP, so I thought it should be easy to setup… but XP just didn’t seem to recognise the phone.

I can connect it to my linux-based (easy peasy) laptop, with no issues.

So whats the problem with XP?

It turns out that XP doesn’t know how to handle the “USB” internet without proper drivers (which microsoft seem to be refusing to make available via its update system… how childish).

So I eventually found the solution in an android forum: