I recently added a few XP tuning techniques to my “bag of tricks”.

I did this to about 5 different PCs, with no bad side effects, and a noticeable improvement in speed. 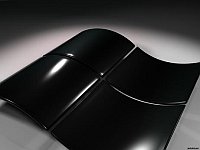 But then I setup 2 customer computers, everything seemed fine (at first) but then the PCs would gradually start to “deteriorate” and show some very unusual symptoms (each PC showed a subset of the following errors):

I did countless rebuilds and ghost images to track down an intermittent problem with 2 brand new systems.

I was suspecting all sorts of hardware faults.

I eventually found the source to be either one or both of: DisablePagingExecutive and LargeSystemCache.

Apparently, these “tweaks” can conflict with some device drivers in very unpredictable ways 🙁

What made it more difficult, is that one system didn’t show any problems until I started installing webcams and video capture devices… so I naturally assumed faults with the hardware.

I finally figured it out when I did yet another fresh install of XP, then installed the webcams, etc immediately afterwards… then I made ghost images at every step afterwards, until I found the cause.

at least I can say that the command:

causes me no problems, but doesn’t make for a noticeable increase in speed. It can only cause problems in certain backup programs that rely on a files access date.

Do you have a favorite tweak for improving the performance of your PC?