Adobe’s Flash player is now very common (reports are that 90% – 99% of all browsers on the internet have flash player installed).

So, security and privacy concerns are now starting to appear with Flash Player.

Compared to normal browser cookies, these objects can store a huge amounts of data… the objects are not cleared, and can be used to “re-create” normal cookies that you thought you removed…

As far as I can see, it just takes a Flash security flaw to enable virus writers to create websites that will infect your PC via LSO… and then keep re-infecting it.

So I’ve decided to play it safe and install a firefox plugin called: BetterPrivacy 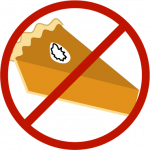 This will not block LSO from being installed, but it does remove them once you exit the Firefox.

You can get BetterPrivacy from: https://addons.mozilla.org/en-US/firefox/addon/6623/