Its a problem thats annoyed me for a long time: Huge hard drives, and system restore taking up to 12% of the drive.

Whats even more annoying, is the lack of fine control over reserving a small amount of disk space.

I have a 500Gb drive, and SR wants to allocate 57Gb for system restore: 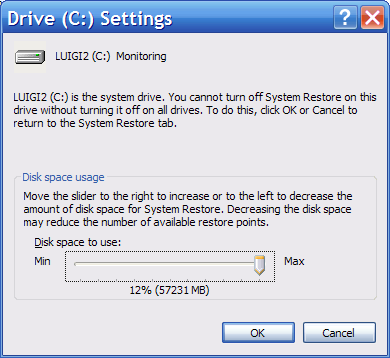 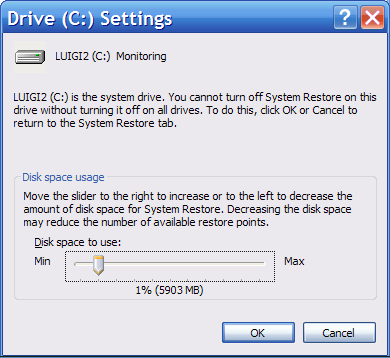 I’ve found that 1.5Gb is usually enough to store at least 2 weeks of default restore points (ie automatically generated restore points). Plus I really don’t see the need for having more than about 15 restore points anyway.

It would really annoy me that I could not control SR to give myself 1.5Gb of system restore space.

Well, with a bit of hunting around, I found a reasonable workaround (which requires changing 1 entry in the system registry).

What does it do? it sets the maximum disk percentage that is shown on the slider in the drive settings window for system restore

Modify DiskPercent (double click on the word), and change the value to 1 (so now the slider will go from 0% up to 1%)

Close regedit, and any control panel windows you have open. 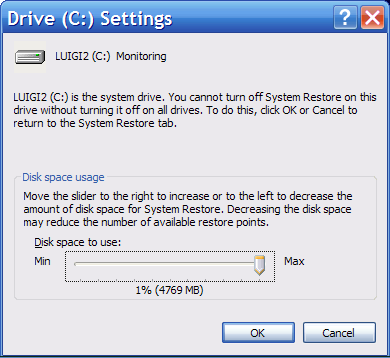 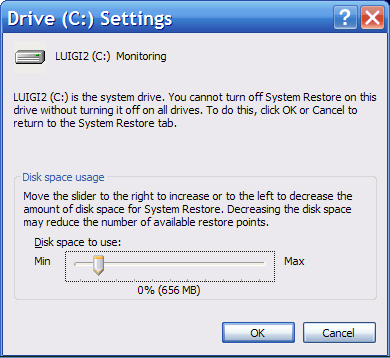 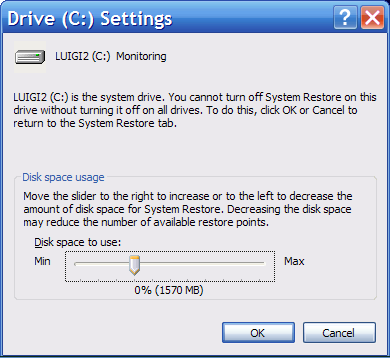 And as you can see, setting 1.5Gb of system restore space is much easier now!